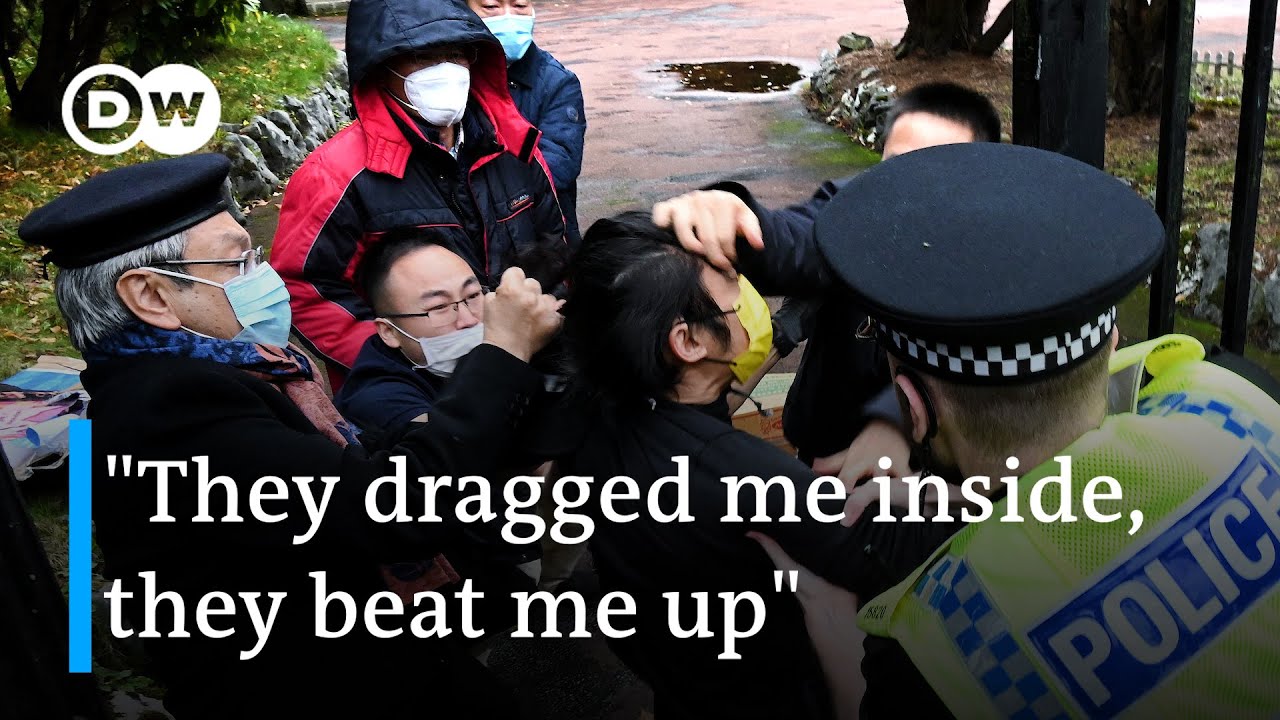 British police are investigating an assault on a protester who was dragged inside the Chinese consulate in Manchester. Beijing has denied responsibility for the incident.

The UK Foreign Office summoned a top Chinese diplomat on Tuesday to explain footage that allegedly shows a peaceful protester in Manchester being assaulted by Chinese consulate staff.

Police in the northern British city of Manchester said that a man in his 30s was taken to hospital on Sunday after a group of men dragged him onto consulate grounds during a peaceful anti-government protest.

China’s Foreign Ministry has rejected that narrative and said protesters had broken into the consulate. On Tuesday, Beijing said its diplomatic missions have the right to “take necessary measures” to maintain security.

“The Foreign Secretary has issued a summons to the Chinese charge d’affaires at the Chinese Embassy in London to express… deep concern” over the incident “and to demand an explanation for the actions of the consulate staff”, Jesse Norman, a minister at the UK Foreign Office, told Parliament.