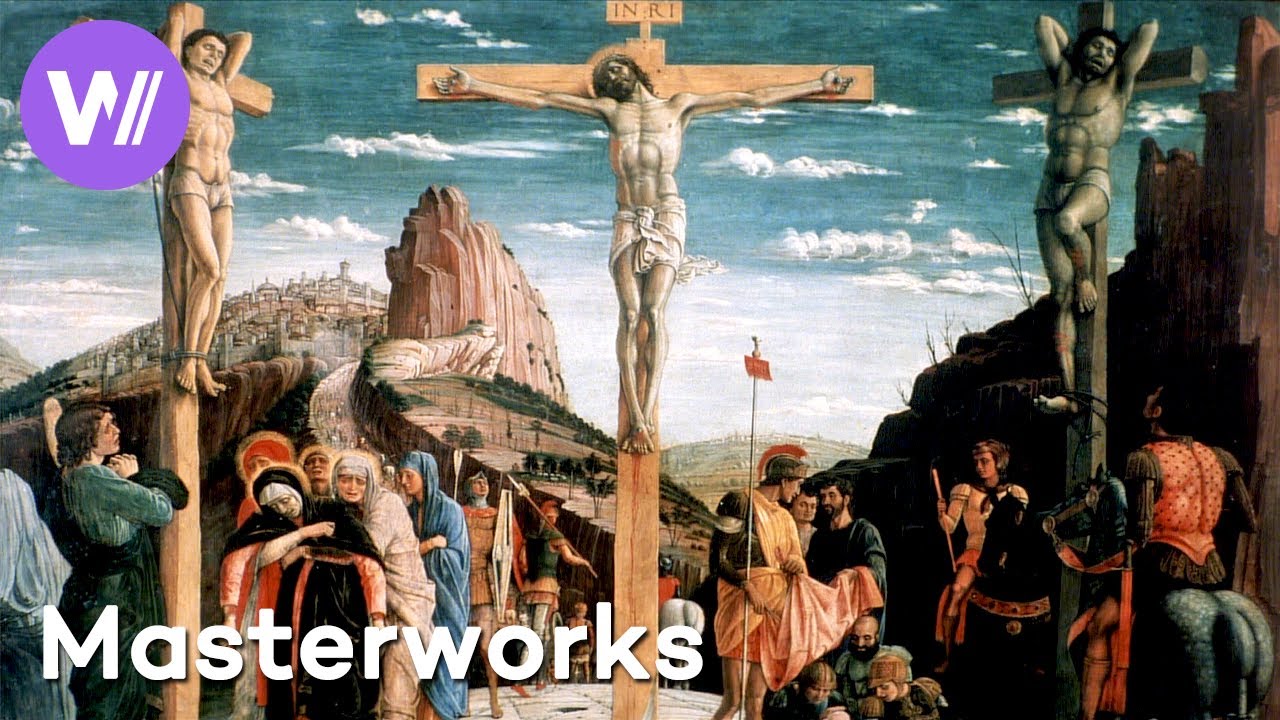 Picture of the Age-Barrier by Emilio Vedova: Reality perceived from the inside | Artworks Explained

Among the many works of art that Napoleon had brought to the Louvre in Paris from all over Europe is an altarpiece by Andrea Mantegna. The original central panel of the predella is still part of the museum’s collection today. The Crucifixion of Christ is the subject of this relatively small wooden panel – 66cm high and 90cm wide.
➡️ Discover more masterworks: https://bit.ly/Masterworks-Explained

Andrea Mantegna (1431-1506) was an Italian painter and engraver. His painting was influenced by his study of works of sculpture, particularly by the Tuscan sculptor Donatello. Alongside his brother-in-law Giovanni Bellini, he was Francesco Squarcione’s pupil and the most important painter of the early Italian Renaissance.

Mantegna had to work as a cattle herder in his early youth, but at the age of ten, as an orphan, he was admitted to Francesco Squarcione’s school of painting in Padua because of his talent for drawing, where he studied for seven years. His first work was a large altarpiece in the church of St. Sophia in Padua. After a rift caused by jealousy and hatred, Mantegna separated from his teacher in 1447. In 1449 he is recorded at the court of Ferrara, where he became acquainted with the works of Rogier van der Weyden and Piero della Francesca. In 1452 he returned to Padua to finish his work. He then went to Mantua in the service of the Marchese Luigi III Gonzaga, where he opened his own painting school. Here he painted his Great Triumph of Julius Caesar in nine cartoons. In 1456 Mantegna was appointed court painter to Mantua by Margrave Luigi III Gonzaga, in whose service he remained, notwithstanding his activities in Florence, Pisa and Rome in 1488/89. Mantegna’s work played a considerable part in turning the rather insignificant city of Mantua into a centre of fine art. Mantegna was summoned to Rome by Pope Innocent VIII to paint in the Belvedere.