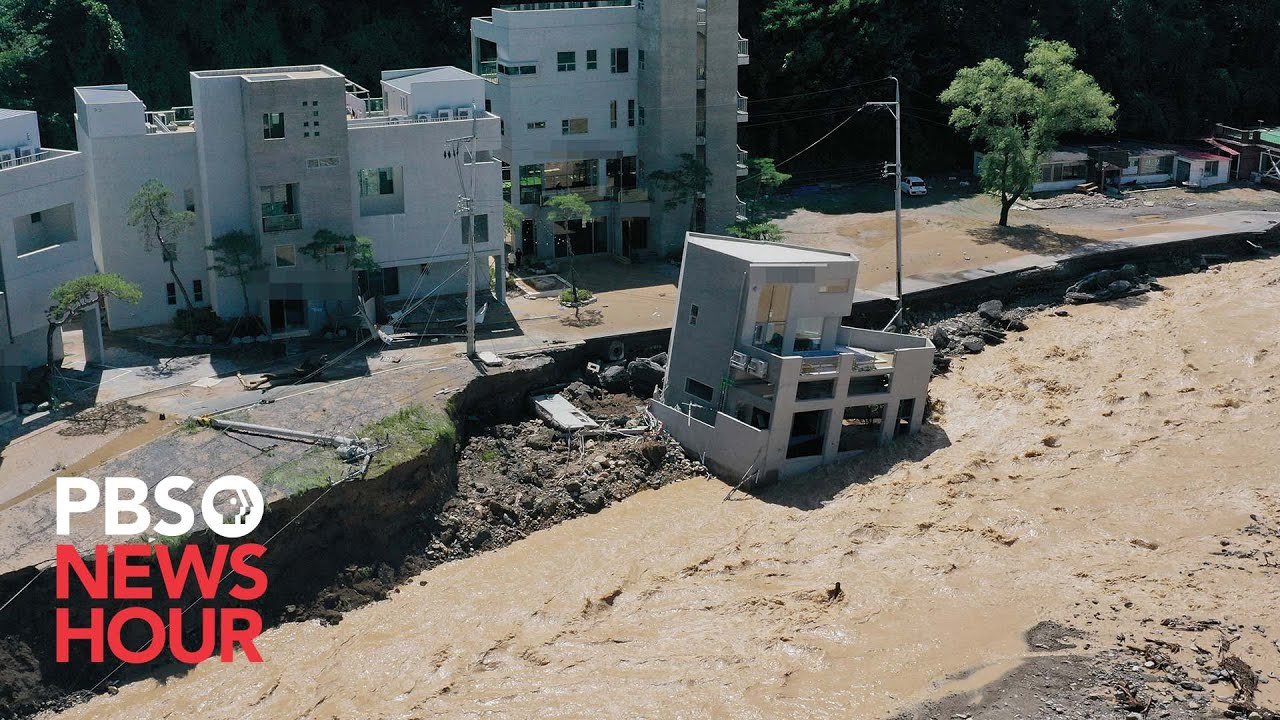 Typhoon Hinnamnor dumped 3 feet of rain on parts of South Korea, becoming one of the most powerful storms to hit the country in years.

In the southern city of Pohang, north of the port city of Busan, the typhoon killed five people and five more were missing. Troops were deployed to rescue people stranded in the floods.

Officials say the death toll of six people could have been higher if not for weeks of preparation, evacuations and school closures. The typhoon comes just weeks after flooding in Seoul killed at least 14 people.

This post was produced by Casey Kuhn, Yasmeen Alamiri and Matt Rasnic. Video courtesy of Reuters and Storyful.