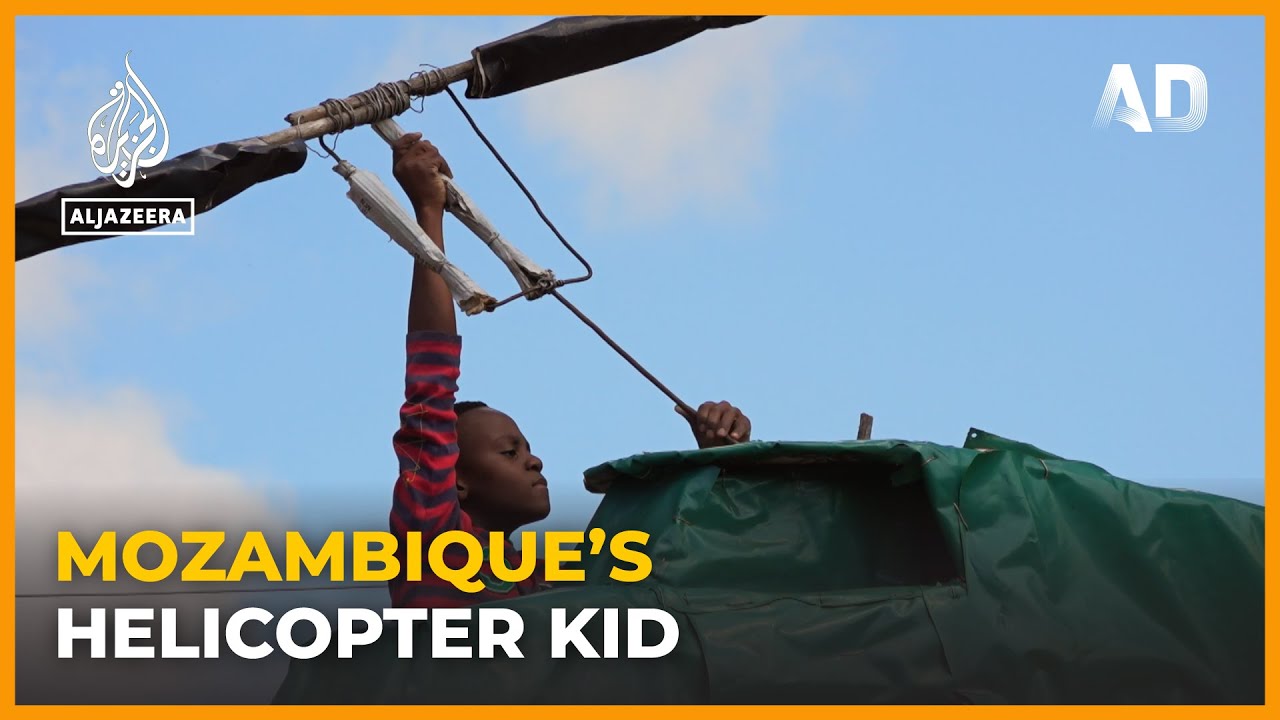 Luciano Armindo is a bright 12-year-old with a fascination for engineering and a remarkable hobby: he collects cardboard and wire scraps and meticulously designs and builds life-size models of helicopters and cars outside his home in southern Mozambique.

In Giant Little Choppers, filmmaker JJ Nota follows the budding engineer and his brother as they create their remarkable replicas.

Luciano hopes to one day turn his scrap models into actual vehicles, or even a space rocket, and his engineering dreams are pinned on a possible scholarship.

JJ Nota is a Mozambican filmmaker and co-founder of Afrocinemakers, a film incubator project. His 2020 film, Ontogenesis, won the national short film competition and was screened internationally at festivals. Since then he has made other award-winning short films.