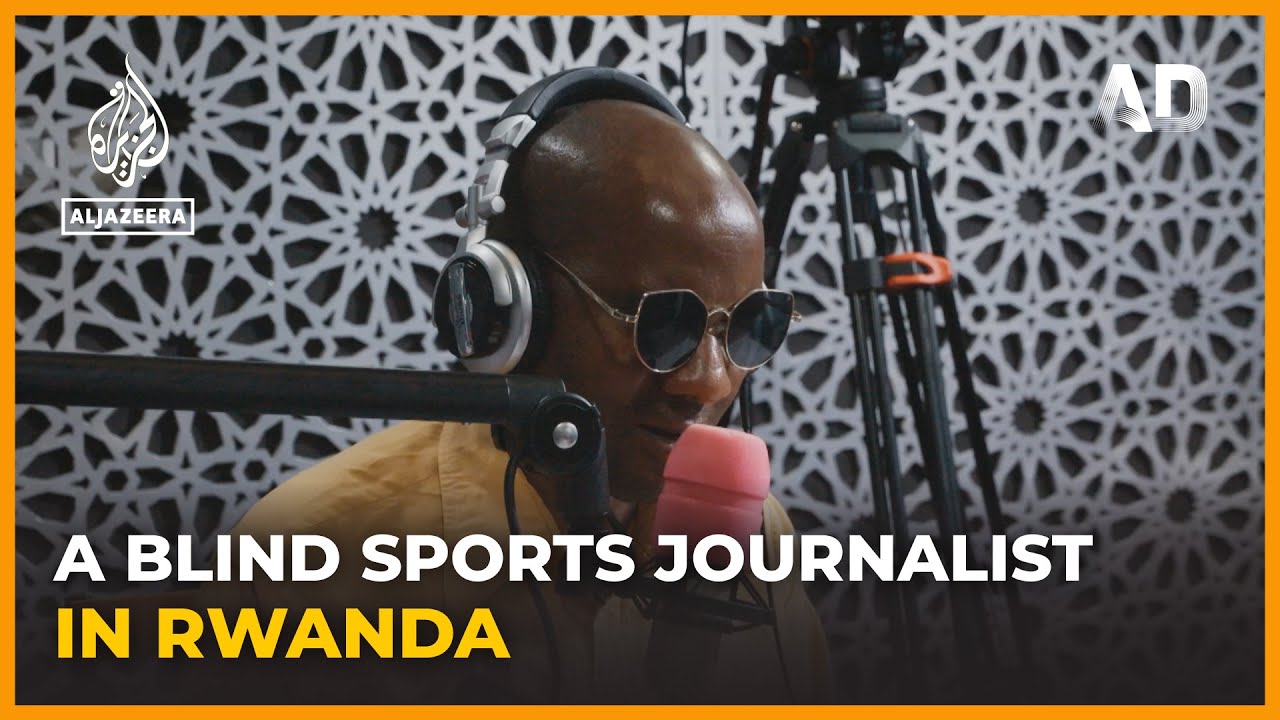 Leonidas Ndayisaba is a sports journalist in Kigali, Rwanda. He covers games, analyses team management, discusses player transfers and comments on the action on and off the pitch.

He sits in the football stadium, absorbing the atmosphere while his colleagues describe the play to him – because Leonidas is almost fully blind.

He has had very little sight since childhood and can only see large shapes. But his blindness neither defines nor discourages him from his passion for the sport.

Samuel Ishimwe is a filmmaker based in Rwanda. His short graduation film won the Silver Bear at the Berlin International Film Festival and other awards including an Alexa Award at Palm Spring International ShortFest.