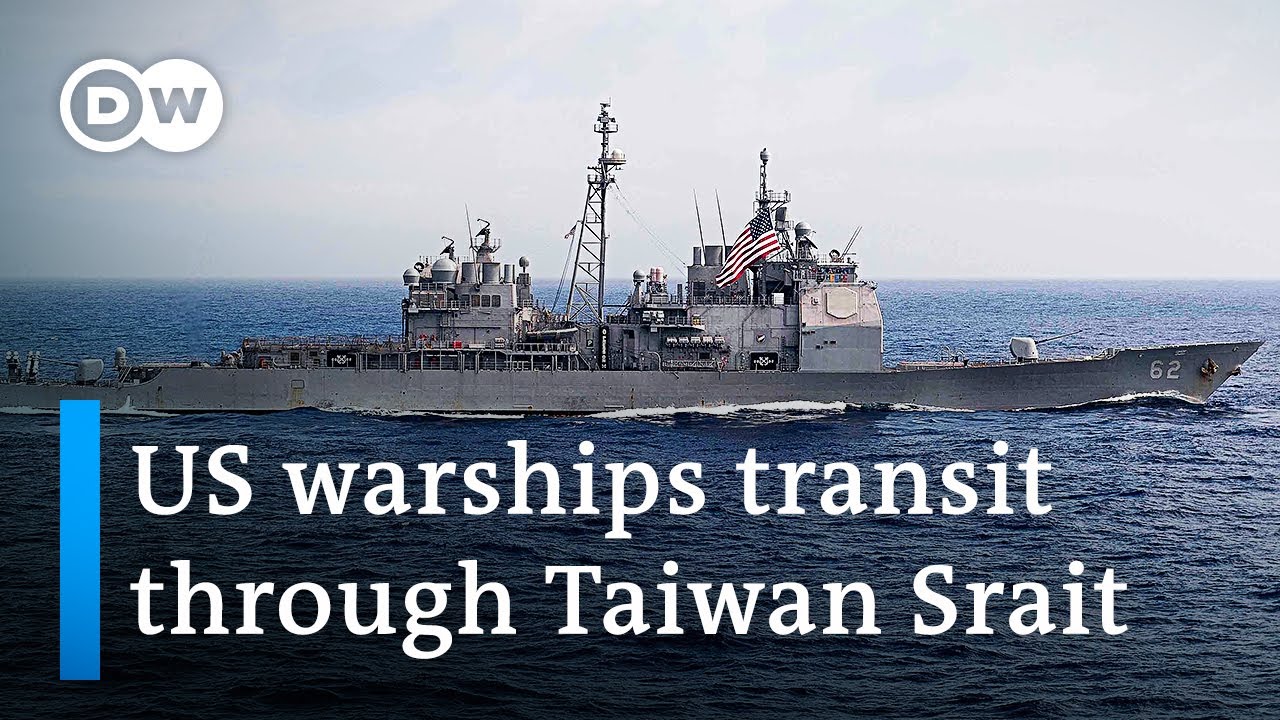 Two United States Navy warships are sailing through the Taiwan Strait, in the first such transit since China carried out the largest-ever military drills around Taiwan, following US House Speaker Nancy Pelosi’s visit to the self-ruled island earlier this month. The Ticonderoga-class guided-missile cruisers — the USS Antietam and the USS Chancellorsville — conducted the “routine” transit on Sunday “through waters where high seas freedoms of navigation and overflight apply in accordance with international law,” the US 7th Fleet said in a statement on Sunday. Such exercises have been known to take eight to 12 hours to complete and are closely watched by China’s military.

There has been increased friction between Washington and Beijing ever since Pelosi’s visit to Taiwan in early August. An infuriated China reacted to the visit by staging days of air and sea drills around the island that it claims as part of its territory. The US Navy further said in its statement that the transit “demonstrates the United States’ commitment to a free and open Indo-Pacific.” The US has no official diplomatic relations with Taiwan but maintains extensive informal ties through the unofficial American Institute in Taiwan. Washington also supports the island’s right to decide its future and provides considerable political and military support to Taipei. The US and Western allies have stepped up “freedom of navigation” crossings by naval vessels of both the Taiwan Strait and the South China Sea to reinforce the idea that those seas are international waterways, irking Beijing.

The crisis is also having an impact on a Japanese island, just 108 kilometers from Taiwan.