Home J.世界媒體報導 台海兩岸局勢DW Taiwan: Why the US & China are on collision course for war | DW News
Previous Video 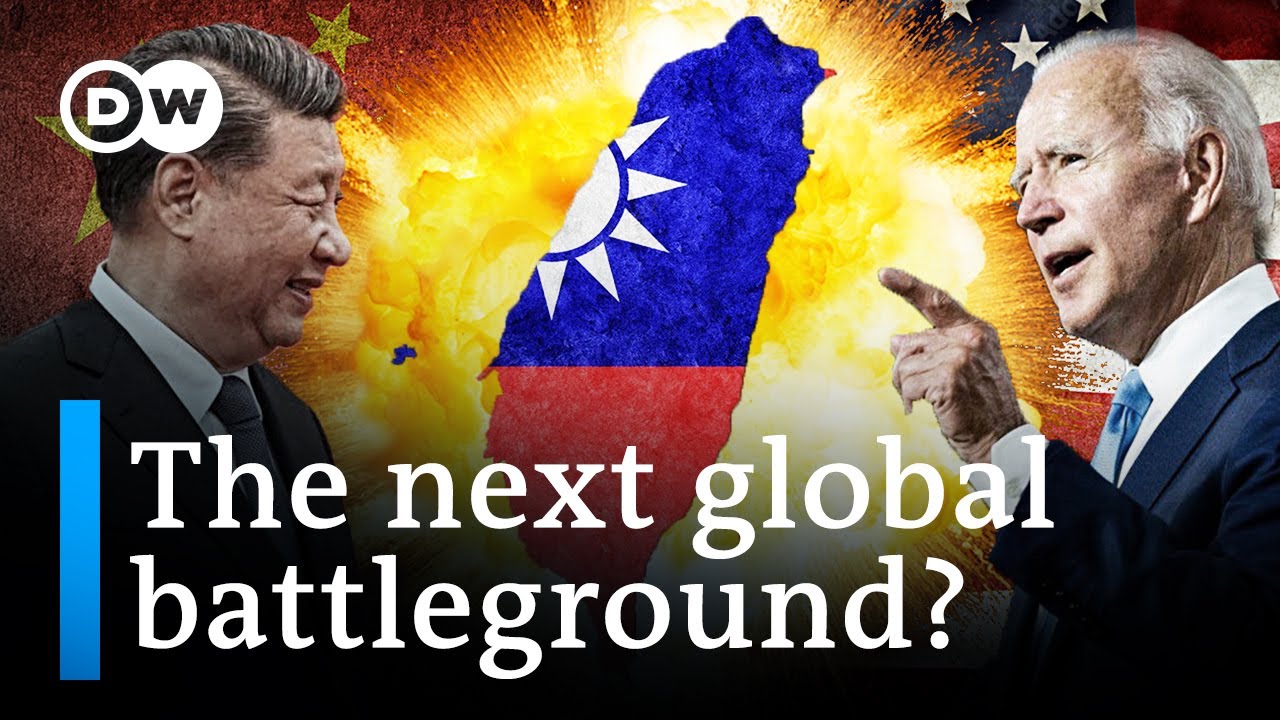 How likely is a US-China war? Kevin Rudd on a new era Xi Jinping | DW News

How well prepared is Taiwan for a possible Chinese invasion? | DW News

Taiwan FM Joseph Wu: China ‘seems to be preparing for a war against Taiwan’ | DW Interview

What lessons has Taiwan learned from Russia’s war in Ukraine? | DW News

How Taiwan prepares its population for military conflict | DW News

Taiwan representative: A question of ‘if not when’ China will attack | DW News

“The Chinese seem to be preparing for a war against Taiwan” says Taiwan’s Foreign Minister Joseph Wu. This puts the US and China on collision course for war – with potentially dramatic stakes for the world.

China’s President Xi Jinping has vowed that Beijing will “reunify” with the island – if necessary, by force. A large majority of people in Taiwan say they don’t want reunification. The United States is increasingly clear that it would intervene to defend Taiwan from any attack.

How did it come to this – and what happens next?

In this special analysis, DW’s Richard Walker uncovers the roots of the dispute over Taiwan, in part 1 tracing how the diplomatic breakthroughs of the 1970s between the US and China left unfinished business that has festered ever since.

Part 2 tracks why these tensions have now burst into the open, with accusations of betrayal in all directions. And part 3 projects trends in China, the United States and Taiwan forward into the future to assess where the dispute is heading – and if there is any way of avoiding war.

Leading US authority on Taiwan, Shelley Rigger warns: “I think the danger is greater today than it has ever been before. The US and China are in this spiral of threat and counter threat, and Taiwan is caught in the middle.” Retired People’s Liberation Army Senior Colonel Zhou Bo explains the scenarios under which China would use force. Former Australian Prime Minister Kevin Rudd sets out ideas for a diplomatic solution that he admits both China and Taiwan would “hate.” CNAS think tank Chair Michèle Flournoy sets out her bottom line: “The key thing is for Beijing to recognize that if you go to war to seize Taiwan, you lose.”