One of the largest instruments in the world, a slit gong
Next Video 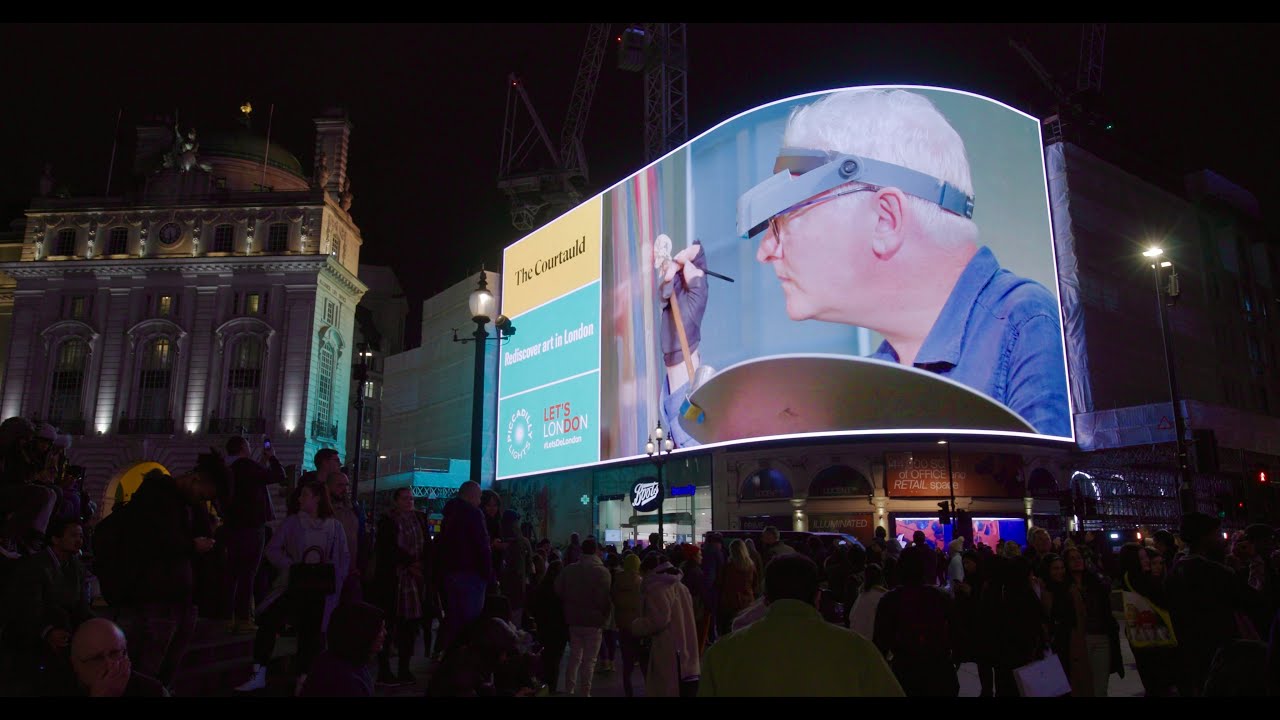 Introducing the Blavatnik Fine Rooms I Exploring The Courtauld Gallery

The Courtauld and Piccadilly Lights joined forces to celebrate the reopening of The Courtauld Gallery – one of the most important UK museum openings this year, and an exciting new reason to come into central London.

Masterpieces from The Courtauld’s world-famous collection were shown on the iconic screen in Piccadilly Circus on Saturday 20 November at 5 pm, showcasing them to new audiences both in the UK and around the world.

Botticelli’s The Trinity with Saints, Kokoschka’s The Myth of Prometheus and several other works are seen in the video, which was recorded as the final preparations for the reopening were completed.

Since 1908, the Piccadilly Lights have lit up central London with famous brands represented almost continuously since the Lights became operational. The Piccadilly Lights, with its 783.5m2 screen, is the largest advertising display in all of Europe.

The partnership supports the Mayor of London’s Let’s Do London campaign, which aims to showcase London’s unique and diverse visitor offering, featuring a variety of London destinations and experiences through a new lens – one that demonstrates all the fun you can have when you do it in London.

The Courtauld reopened on 19 November after being closed for over three years. Its world-famous collection of Impressionist and Post-Impressionists including Manet’s A Bar at the Folies-Bergère (1882), Van Gogh’s Self-Portrait with Bandaged Ear (1889), and the most significant collection of works by Cézanne in the UK can now be seen in a spectacular new setting in the refurbished gallery at Somerset House.

One of the largest instruments in the world, a slit gong