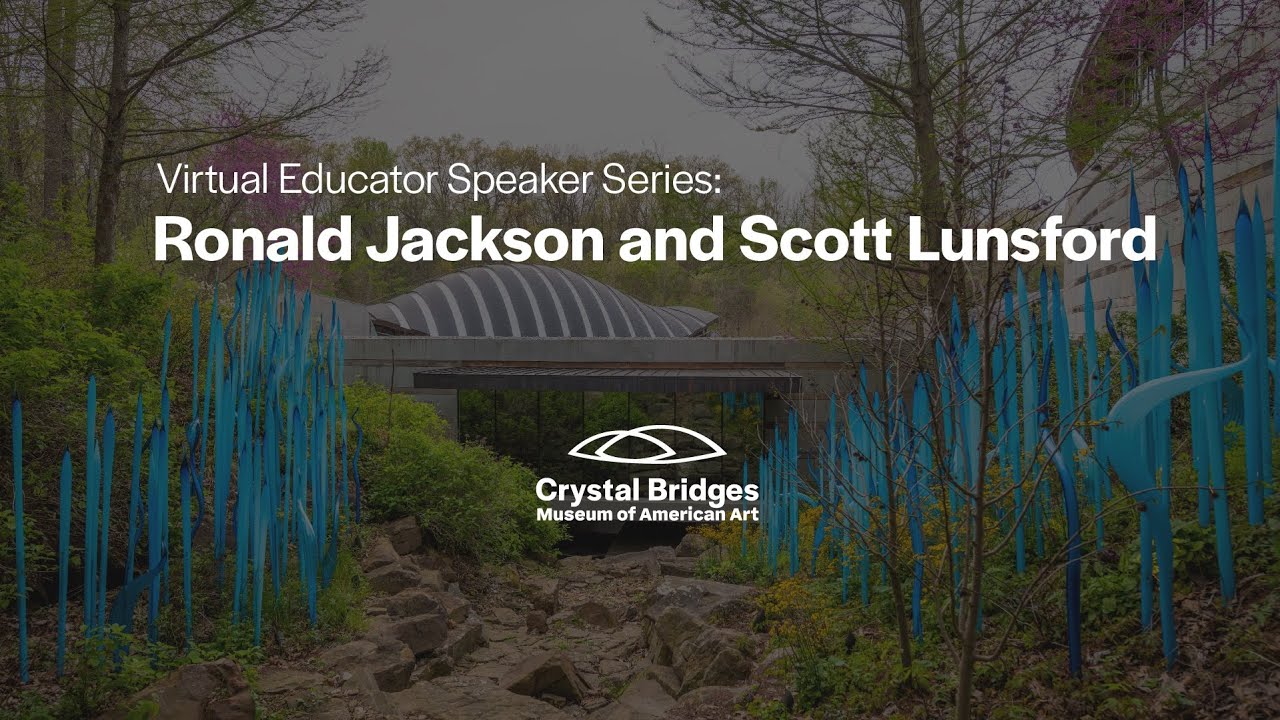 Educator Speaker Series: One Person Can Make a Difference with Pam Longobardi and Sean Teuton

Ronald Jackson’s work reflects the past experiences and stories of African Americans. These stories of laughter, love, dreams, and desires establish the humanity of individuals in the African American community, showing the beautiful existence of life beyond the struggle. In conversation with Jackson, Scott Lunsford of the David and Barbara Pryor Center for Arkansas Oral and Visual History will discuss the importance of collecting these stories and will offer educators tools to do so in their classroom curriculum.

ABOUT THE SPEAKER SERIES
In this interactive, three-part speaker series, we invite leading artists and educators to weigh in on culture and this American moment. By examining art and the impact it has on us, our guest speakers look at where we’ve been, where we’re going, and what we can do to shape that future for the better. As an added bonus, educators and activists alike will walk away from these discussions with concrete ideas and strategies to use in their work and classrooms. 1.5 hours of educator professional credit available with educator ticket registration.

ABOUT THE SPEAKERS
RONALD JACKSON
Growing up in the rural South of the Arkansas Delta, Jackson was the youngest of eleven kids born to a farmer and a community organizer. His mother and father left a legacy of challenging and reshaping the norms of the racial status quo in his surrounding home communities.Despite suffering continual threats, harassments, and organized retaliations, efforts eventually led to a US Court of Appeals decision, ruling in the favor of forcing the area school districts into full desegregation.

Jackson studied architecture at Saddleback College in Mission Viejo, California before joining the US Army. He served 21 plus years in the Army and retired in 2014. Midway in his military career, he began a pursuit of becoming a professional artist. With no access to art school, Jackson engaged himself on a journey of self-disciplines and personal discovery to realize this goal as a self-taught artist. The military afforded him the experience of living in places such as South Korea, Belgium, Italy, Germany, Iraq, and Kuwait. He believes that the culture of his childhood upbringing and the experience of being immersed into other societies as an adult has given him a broad perspective on life and the complex challenges that we all face.

SCOTT LUNSFORD
Born and raised in Fayetteville, Scott is a class of ’70 FHS graduate and has an Art degree from the University of Arkansas. A musician since junior high, by his college years Scott’s music career had moved to establishing a local recording studio, Sequoyah Recording, next door to the Ozark Lanes bowling alley in Fayetteville.

The U of A hired him in 1985 to help with Continuing Education’s media services in what is now the Global Campus building on the Fayetteville Square. Scott spent seventeen years there before moving to University Relations to work with the Campaign for the 21st Century—a billion-dollar success. He then helped expand the Pryor Center for Arkansas Oral and Visual History to include high-definition video interviews and develop online access of the materials. Scott has now been with the Pryor Center for the past fifteen years where he has conducted nearly 250 interviews, helped design our workflow through changing technologies, and believes he has the best job in the world.