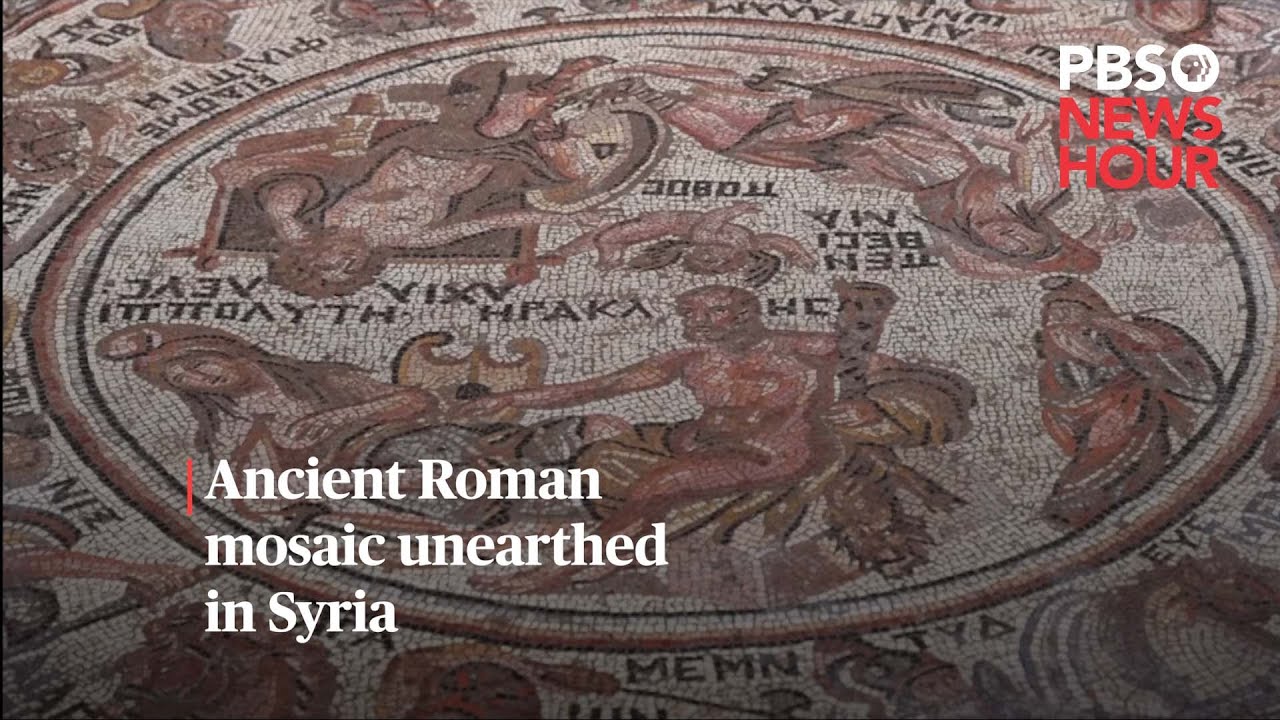 A large, nearly intact mosaic dating back to the Roman Empire has been discovered in between two houses in Syria’s al-Rastan district. The ornate tiles depict Amazon warriors from Roman mythology and Neptune, the Roman god of the sea.

The rare archaeological find is one of the most significant since war broke out in Syria 11 years ago. The conflict left many of the nation’s historical sites destroyed, damaged or looted.

Rastan, at one point a stronghold for opposition forces in the war, was reclaimed by the Syrian government in 2018.