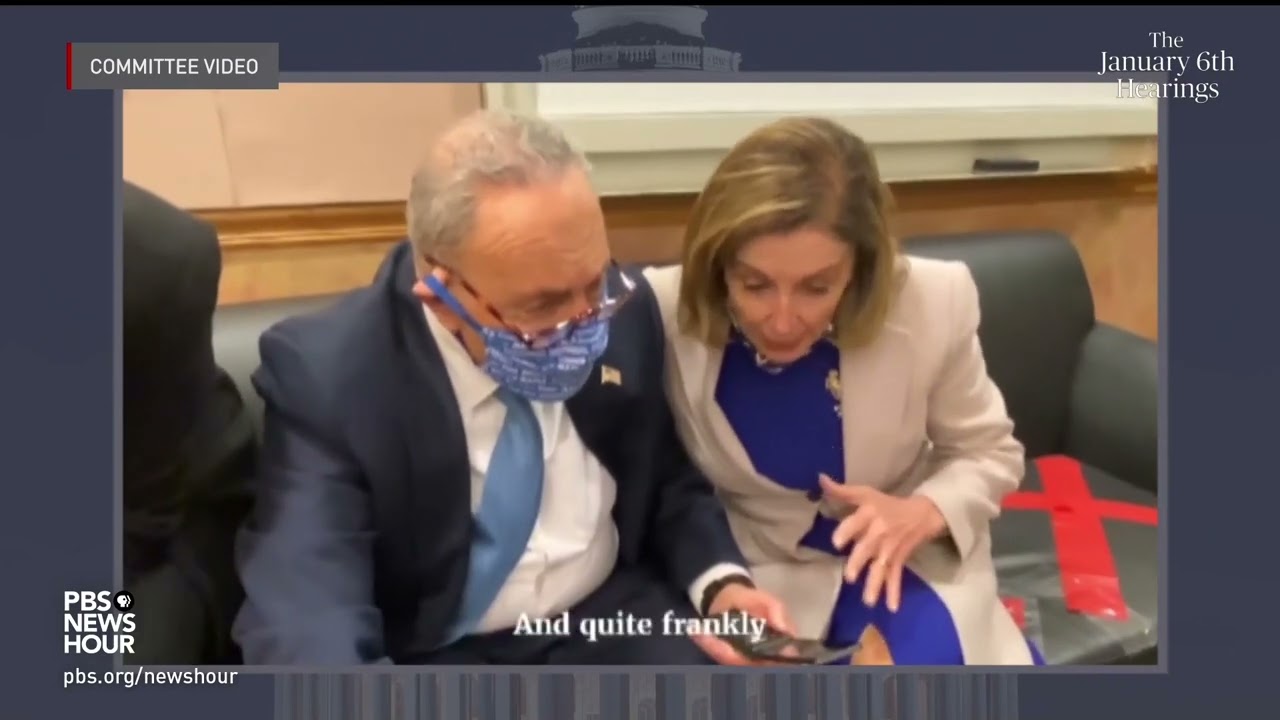 Rep. Jamie Raskin, D-Md., introduced previously unreleased footage of House Speaker Nancy Pelosi and Senate Majority Leader Chuck Schumer sheltering in a secure location while the pro-Trump mob overran the U.S. Capitol. In the footage, congressional leaders ask for help and resources to secure the building. They also discuss how to continue the certification of the election results.

In the video, Pelosi and Schumer are seen calling state and federal officials like Gov. Ralph Northam of Virginia and the acting Attorney General Jeffrey R

osen to get more law enforcement to respond to the riot. Republican leadership also joined the two, making calls to help secure the Capitol. This was interspersed with clips of violent Trump supporters invading the Capitol..

“Congressional leadership recognized on a bipartisan basis that President Trump was the only person who could get the mob to end its violent siege of the Congress, leave the Capitol and go home,” Raskin said in the hearing,