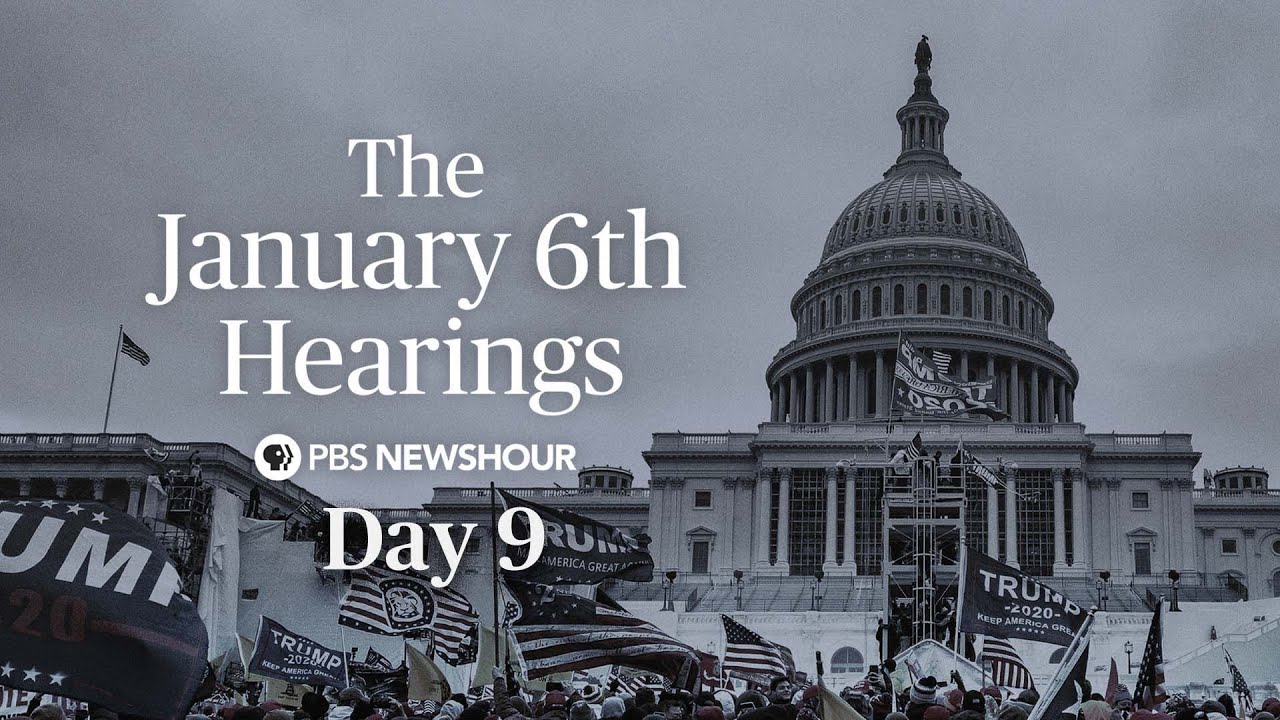 WARNING: This video may include graphic or disturbing depictions of violence.

The House committee investigating the Jan. 6 attack on the Capitol has announced another public hearing. It will be the first public committee event since July, when the last hearing concluded for a summer break. Since then, the committee has continued to compile witness testimony and evidence, according to committee chair Rep. Bennie Thompson, D-Miss.

The hearing was originally scheduled for Sept. 28, but was postponed as Hurricane Ian approached landfall in Florida. The committee is now slated to gavel in Oct. 13 at 1:00pm EDT. Join the PBS NewsHour’s digital coverage beginning at 11:30 a.m. EDT with a look back at key moments from the eight public hearings held over the summer and a look ahead to the next.

The last committee hearing in July focused on President Donald Trump’s actions on Jan. 6, 2021, as hundreds of his supporters broke into the U.S. Capitol. The hearing guided viewers minute-by-minute through the deadly afternoon, from the end of Trump’s speech encouraging supporters to march to the Capitol to a video he released late that afternoon telling the rioters they were “very special” but they had to go home.