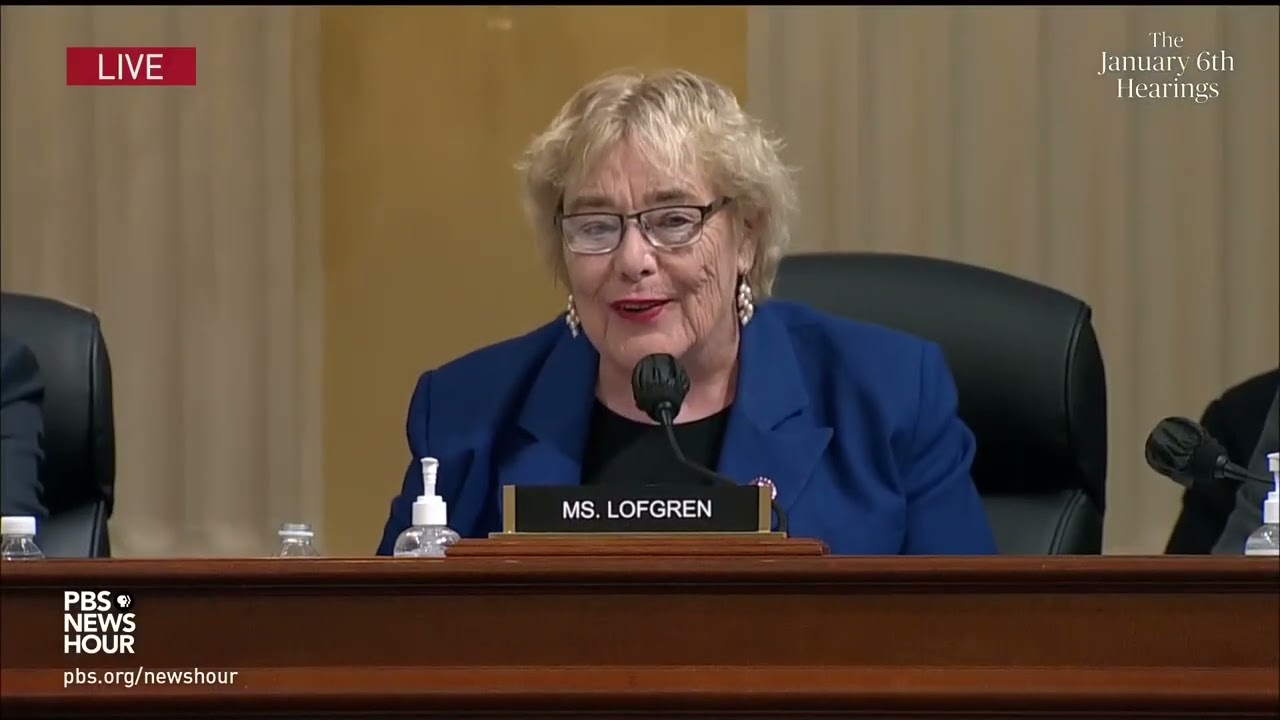 Rep. Zoe Lofgren, D- Calif., spoke on Oct. 13 as the House committee investigating the Jan. 6 attack presented its findings to the public.

Lofgren spoke about the preamble leading up to the 2020 election night, showing testimony from some of former President Donald Trump’s advisers who had prepared for mail-in and absentee votes in several states to continue to be counted past Election Day. Trump, however, declared victory and wanted to stop the ongoing count of votes, going against advisers’ recommendations and disenfranchising millions of voters, Lofgren said.

“It was a premeditated plan by the president to declare victory no matter what the actual result was,” Lofgren said. “He made a plan to stay in office before Election Day. The vice president’s staff was concerned with what Donald Trump might do on election night. They took steps to ensure that Mr. Pence would not echo a false victory.”

The committee returned to its public-facing work after nearly three months, having
rescheduled the current hearing two weeks ago in light of Hurricane Ian.