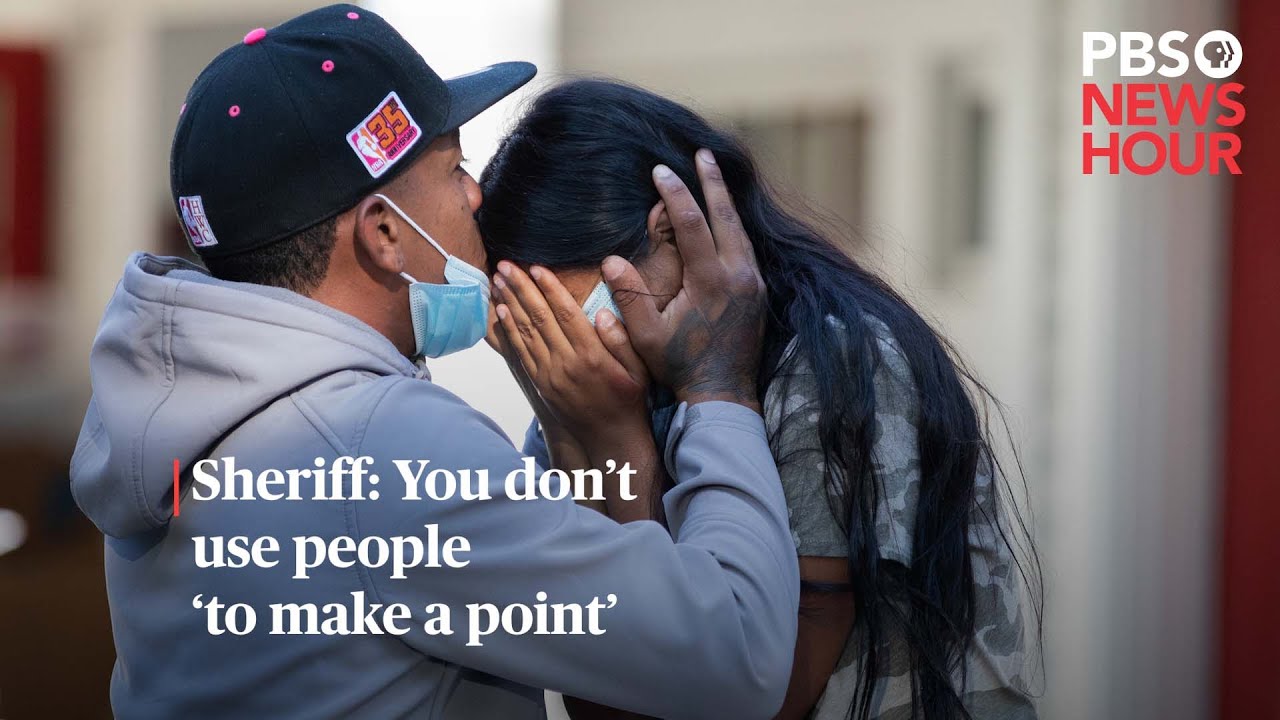 The sheriff who represents San Antonio, Texas, has launched an investigation after migrants were put on charter flights from that city to Martha’s Vineyard, Massachusetts, last week. Advocates for the migrants said they were tricked into boarding the planes. Actions by Florida Gov. Ron DeSantis and other Florida officials who organized the flights are now the subject of lawsuits.

“My concern is, did somebody with feet planted on Bexar County soil break the law or not?” Sheriff Javier Salazar told @stephaniesypbs during an interview Wednesday. “At present, we’re being told that that’s a distinct possibility by these folks speaking to us through their attorneys.”

He said his office will speak soon with the migrants and “find out exactly what they were told and what was done with them and to them while they were here in Bexar County. And then we make that determination.”

While some Republicans have pointed out that the Biden administration has relocated migrants before, Salazar said the idea of deception, not politics, is the impetus of his investigation.

Salazar said if you tell someone they’re going someplace, there’s “full disclosure, and they go with you willingly, that’s one thing.”

“But when you lie to them to get them to that point on the map, and then what was promised to them doesn’t come to fruition once they get there, that could be problematic.”

Salazar added that using people to prove a point about immigration policy is not right.

“Whether somebody agrees or disagrees with the fact that they have certain rights because of where they happen to be born on a globe is immaterial,” he said. “They’re human beings.”

This post was produced and edited by Molly Finnegan, Rachel Liesendahl and Dan Cooney.