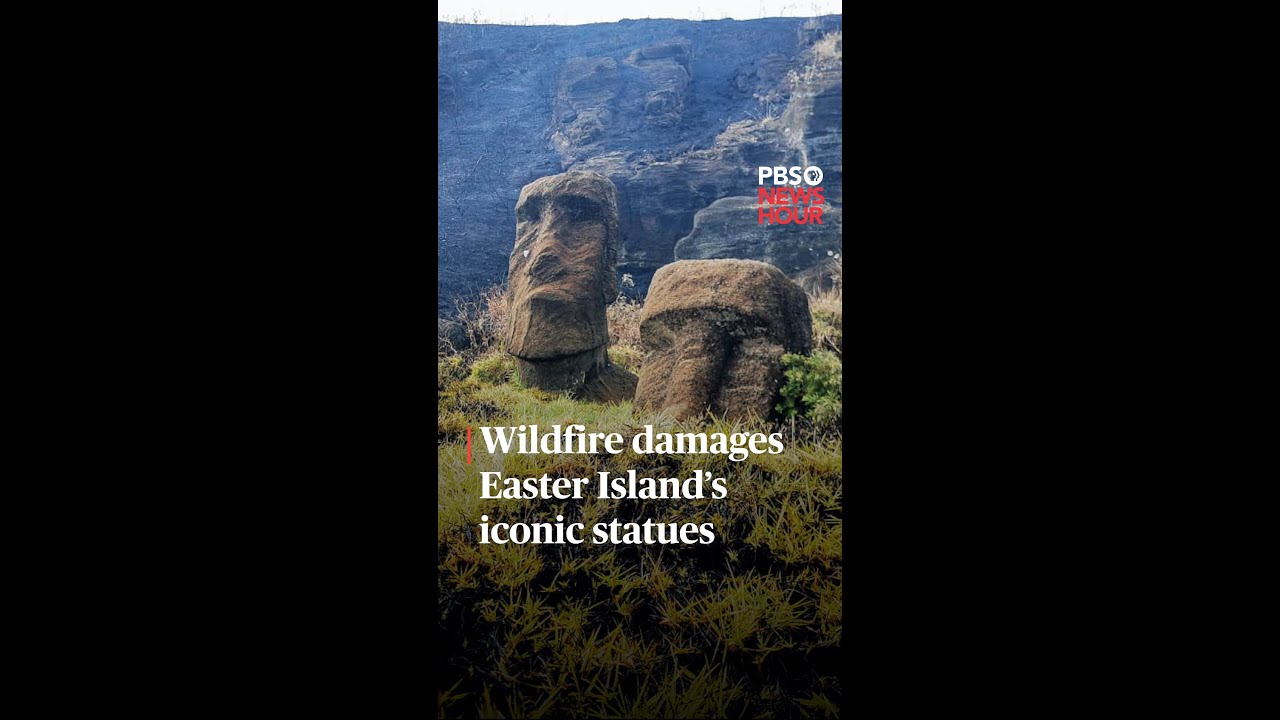 A recent wildfire burned nearly 250 acres of Easter Island, the Chilean territory in the Pacific also known as Rapa Nui. The flames, which broke out Oct. 3, left several of the island’s monolithic moai statues damaged beyond repair.

Rapa Nui’s Mayor Pedro Edmunds Paoa said the fire’s high temperatures caused “irreparable and immeasurable” damage to the statues and will accelerate the natural process that turns them into sand.

The mayor blamed the fire on cow and horse breeders who regularly burn the island’s grasslands. And also accused Chile of not helping the island of nearly 8,000 people avoid such tragedies. It has also been reported that the fire was caused by the nearby Rano Raraku volcano.

“The work of avoiding accidents and fires involves a prevention plan that requires resources and that’s what we don’t have,” Edmunds Paoa said.

An official with the National Forest Corporation previously warned that Easter Island lacked firefighters and resources to contain the flames and the damage.

This post was produced and edited by Julia Griffin, Tim McPhillips, Matt Rasnic and Yasmeen Alamiri.