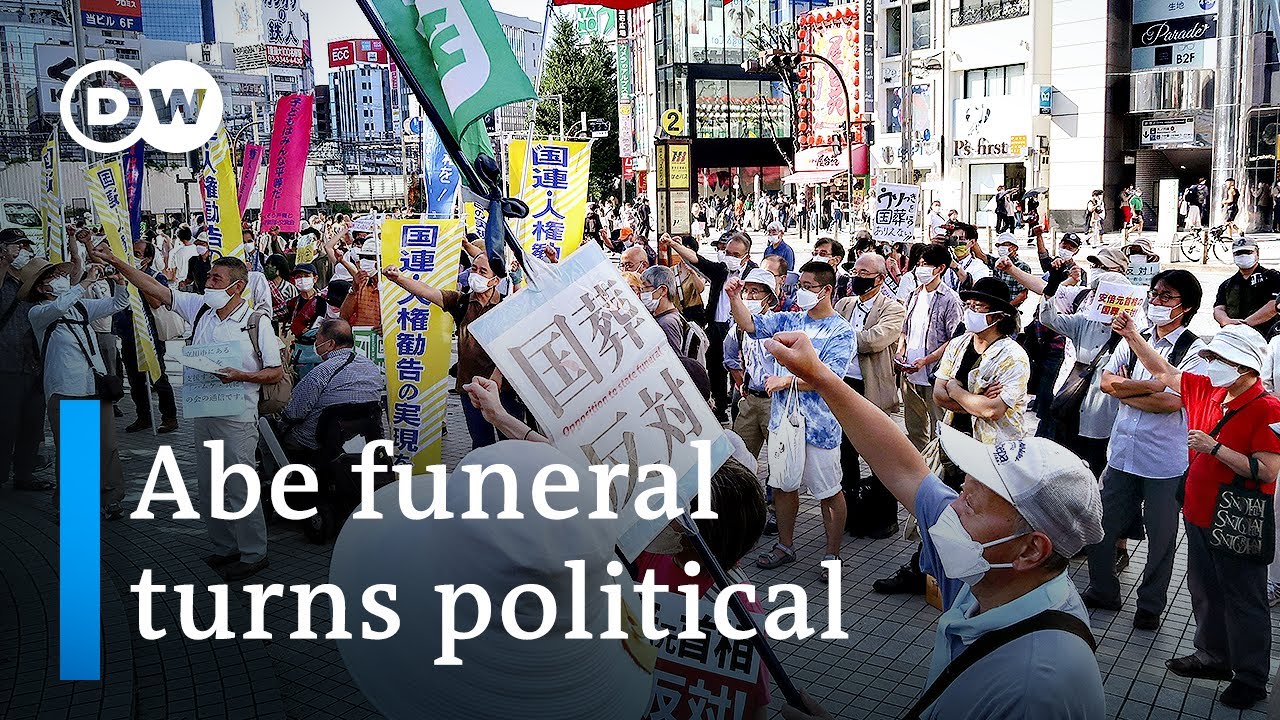 Japanese Prime Minister Fumio Kishida’s decision to hold a state funeral for former leader Shinzo Abe has led to opposition and protests.
Abe, Japan’s longest serving Prime Minister, was assassinated in July and will be given a rare state funeral next week. Critics say the decision has no legal basis and was taken by Kishida for political reasons.
Protests against the state funeral further intensified after Abe and the ruling party’s links to a controversial South Korea-based church became known.