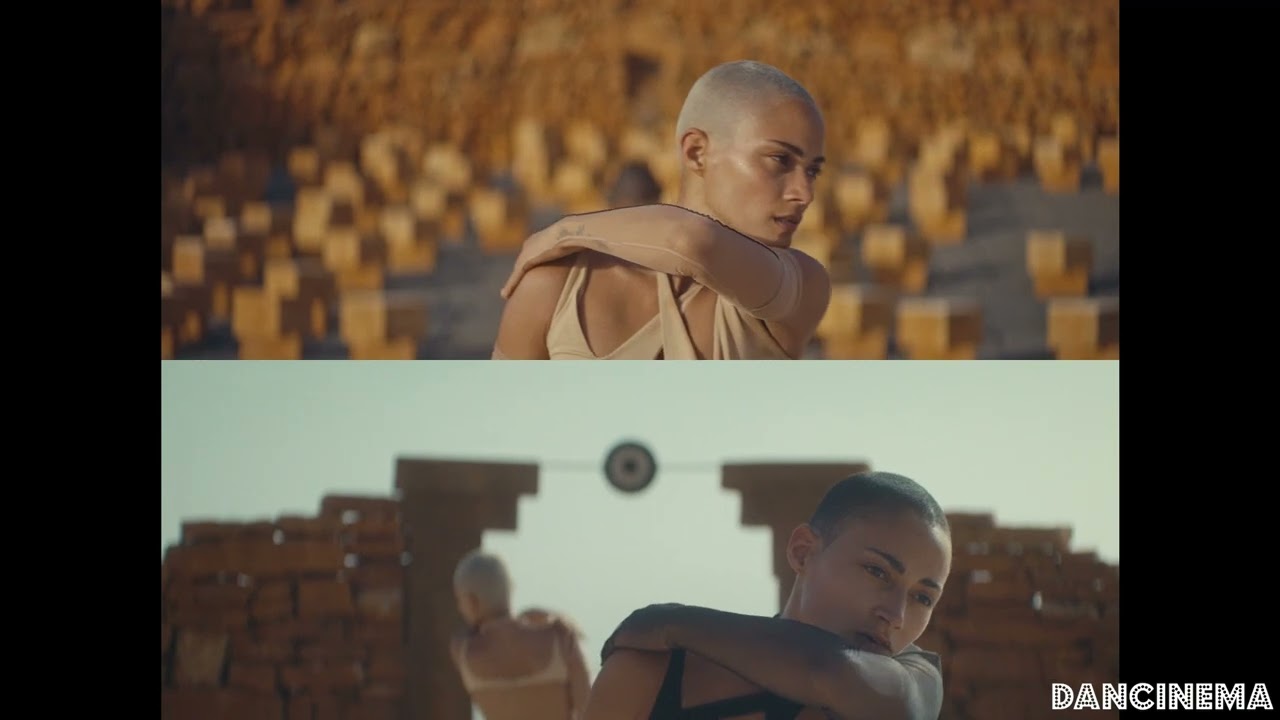 According to the legend, Nasatyas are twin gods. They appear just before dawn, symbolizing the rising sun and opening a path to Usas, the goddess of dawn, announcing the beginning of a new day. The choreography is a circle of life coming down on one day for the twin sisters.

“I always wanted to work on a Dance film but it needed to be different, with a real purpose. I met Stessy on a sports brand commercial, she’s a fantastic dancer and when she told me
that she had a twin sister who was dancing with her, I got obsessed about doing something with them. For me, the concept had to be at the center of the project, that’s why I got the idea of the splitscreen and we worked on the choreography that way. It had to tell their own story about being twin sisters: the melted growth, the separation, the research of their own personalities, the necessity to take distance with their twin condition and the need to come
back to it. It was fantastic to work with them and to be a witness of the way they are working together, not as a duo, but something more, something you would never experience without a twin brother or sister.

Once we had the subject and the choreography, we had to find the perfect location to support our story. We found it in Sicily, where Lorenzo Reina, a sculptor and farmer, spent 30 years creating the Teatro di Andromeda to be the ultimate pairing of his two great passions: art and nature. Stunning views of the surrounding landscape became the perfect backdrop for our two twin gods, the Nasatyas.” – Cyril Masson